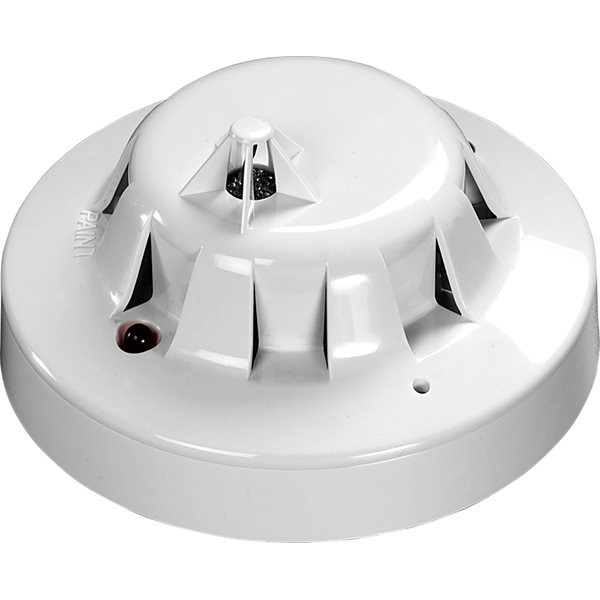 The Discovery CO/Heat Multisensor Detector contains a CO detection cell and a thermistor temperature sensor whose outputs are combined to give the final analogue value. The way in which the signals from the two sensors are combined depends on the response mode selected. The CO/Heat Multisensor detects the presence of carbon monoxide or heat or a combination of both. The Multisensor construction is similar to that of a CO detector but uses a different lid in order to expose the thermistor to the surrounding air. The signals from the CO sensing cell and the thermistor are independent and represent the amount of CO or the temperature present in the vicinity of the detector. When the detector is used in heat only mode (Mode 5) it operates as an A1R rate-of-rise heat detector with a static threshold of 58?C.